Holistic Health Blog
You are here: Home / Naturopathy / How accurate are fertility and period tracker apps at predicting ovula... 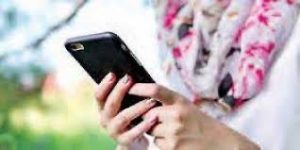 Thousands of Australian women who are trying to conceive use smart phone or mobile tablet apps to track their menstrual cycles so that they can time intercourse at the prime time to achieve pregnancy. Others use the apps as a technical contraceptive guide to avoid unwanted pregnancy.

Among adults, they are the fourth most downloaded type of health app and among adolescents they are ranked second.

However, a new Australian study1  has found “staggering and disturbing” failures in the accuracy of many of these apps that may actually hinder rather than enhance the pregnancy expectations of women. Many apps gave incorrect timing for intercourse and incorrect fertile-window calculations.

Researcher Samantha Costa said: “Quite apart from the failures of these apps to provide accurate information on the best time to conceive, their unreliability for women tracking their ovulation times to avoid unwanted pregnancy is simply scary.”

Kathleen McNamee, fertility expert at Monash University and medical director at Family Planning Victoria, declared that relying solely on an app to avoid pregnancy is a risky game.

They looked at almost 400 of the fertility apps available on-line, and short-listed 36 that were marketed as being the most reliable in terms of efficacy and medical referencing. They found that only 42 per cent of these short-listed apps were correct in what they were promoted to do for women. The top three were Flo, Glow and Kindara. A significant number of them made unrealistic and unsubstantiated claims.

Samantha also warned that overseas insurance companies were able to access data from the fertility apps to support so-called research.

“This is a form of implied consent to use personal information,” she explained.

“End users and health care professionals accepting the information provided by these apps should know that the outcomes are unreliable, incomplete and subject to commercial interests.

“Our take home message from this study, is that while a limited number of the many fertility apps available may provide a helpful guide to track ovulation cycles, nothing can replace professional advice for women wanting to conceive.”

At Wholistic Medical Centre, we have practitioners who are trained in fertility management. Naturopath Kathy Harris has found that best outcomes come from getting patients to study their body’s changes of mucus and temperature to inform them about ovulation, which can be confirmed with urine tests if necessary. Every cycle can be different in the same woman – an app cannot predict, it can only record data.

1 Researchers at Eve Health Fertility, Brisbane in conjunction with Queensland Fertility Group, presented at a Fertility Society of Australia conference in Hobart, September 2019.

After the Birth. What now? Tips to help you through the Golden Month.
Scroll to top