Holistic Health Blog
You are here: Home / Uncategorized / What do you mean my pain can be coming from my internal organs?

This blog follows on from the blog: Why are my pains/injuries always on one side? 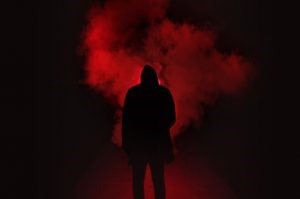 Fascia/Connective tissue connects every part of the body. It’s in its name!

Fascia or connective tissue is the human equivalent of the internet, it connects everything and there is no central control. Fascia surrounds muscles/nerves/blood vessels and every organ, and every cell. Fascia is a part of the extracellular matric and, as such, is involved in every body function and in every body system in some way. As stated in James Oschman’s book ‘Energy Medicine – The Scientific Basis’, science has shown that fascia and extracellular matrix are part of the environment of every cell. In fact, every cell cannot be separated from its envirnment, which includes its connections to its local capillary and extracellular matrix, including the fascia.

This means every body system can be affected by the fascia.

Within the skin there is the superficial fascia which influences the lymphatic system, adipose-metabolic systems and thermoregulation and perceptions of pressure/temperature/chemicals etc. These link up via the autonomic nervous system to the internal organs and the fascia surrounding them.

Fascia/connective tissue is not just for muscles 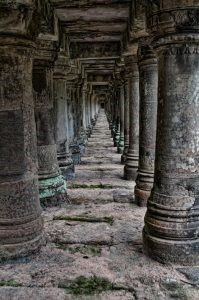 The fascial lines coming from the musculo-skeletal system can intersect and blend with the fascial tissue from the internal organs within the abdomen, thorax, head and neck and so the possibility of cross-referral or potential influence are obvious, especially if there is an abnormality in one area or the other. The fascia surrounding the organs have attachments sites on the anterior and posterior aspects of the trunk.

Fascial Manipulation Ⓡ technique, developed by Luigi Stecco, demonstrates how you can assess whether the physical dysfunction is causing an effect on an internal structure/organ symptoms, or if the internal organ is contributing to the physical pain, which may appear to have a musculo-skeletal cause. If a thorough history is taken, listing the chronology of all symptoms and dysfunctions both musculo-skeltal and of the internal systems, a picture can be built which allows the examiner to determine which way the symptoms are being influenced. Is it a somato to a visceral issue or is it somato to visceral or maybe even visceral -visceral or somato-somato influence between symptoms and thus this will determine how the assessment and treatment are conducted.

Using Fascial Manipulation Ⓡ technique, the visceral dysfunctions can be treated without touching the viscera. Because each organ has fascial connections or attachment points both anteriorly and posteriorly into the trunk wall, these attachments points allow for the fascial tension to be released. The tension along a line does not have to be fully released to obtain a reduction in symptoms, due to the body’s amazing capacity for compensation.

So this means that some gut issues, cardio-thoracic problems or hormonal issues can cause pain/unpleasant sensations to be felt either in the trunk/abdomen or even along the limbs via fascial chains. So yes, your pain can be coming from your gut! And other internal organs.

Some symptoms like bloating, a sensation of tension, coughing, gastritis, constipation etc can be common causes of fascial tension issues which can be treated using Fascial Manipulation Ⓡ technique. Of course true pathology cannot be changed, only symptom reduction can occur, in these cases. But in cases where medical testing has ruled out pathology, then the fascial system may be the culprit.

If you want to know if your symptoms may have a fascial component then book in to see me for an assessment.

Why are my injuries/pains always on the right side of the body?

FERTILITY MASSAGE – WHAT IS IT ALL ABOUT?
Scroll to top