Why would I think of using Medical Cannabis? 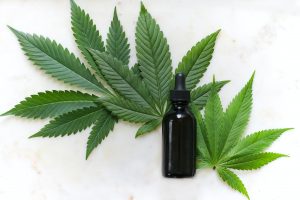 Medical cannabis, or CBD oil, is not a first line treatment. As per the Royal Australian College of General Practitioners guidelines, “medicinal cannabis products should only be considered when all first line, conventional options have been tried.”

So, if you have a medical condition of more than 3 months duration and conventional medications have not proved effective for you or the side effects have outweighed the benefits or you wish to stop using ‘community acquired’ cannabis. Then it may be worth having a detailed discussion of the potential benefits and downside of medicinal cannabis with one of our doctors.

Who prescribes Cannabis at the Wholistic Medical Centre?

Cannabis (CBD) can only be prescribed by a Doctor through an individual application on your behalf to the Therapeutic Goods Authority – Special Access Scheme TGA SAS.

We differ from other clinics who prescribe cannabis, at the Wholistic Medical Centre we will consult with you from a holistic perspective. Cannabis is not just another drug, herb or magic bullet, we view it as an adjunct to holistic health care. So, where appropriate we can also discuss nutritional medicine, exercise, sleep and psychological support. It may also be useful to incorporate Chinese herbs relevant to your condition to improve outcomes. The above adjuncts will potentially have the effect of improving health outcomes, reducing the dose of cannabis you need and hence reduce the monthly cost and any potential side effects.

For the initial appointment (which can be in person or via video) you will need to have relevant information such as medical history, letters from your GP or specialists. If Cannabis is indicated, the Wholistic Medical Centre doctor will make a formal online application to the TGA on your behalf. Note that your name is not revealed. We only need your initials and date of birth.

You will be notified once we receive the approval from the TGA.  You will be asked to make an appointment to discuss the specific medication and starting dose and things to look for. Your doctor will write a prescription and send/give that to you, along with the approval documentation. We will also endeavour to find a specific pharmacy near you that will provide you with the medication.

Follow up appointments are advised initially fortnightly to establish the correct dose and then monthly for the first 6 months to monitor progress and thereafter every 3-6 months as advised to obtain repeat scripts.

If you would like to discuss further, please make an appointment. Call 02 9211 3811 or make an online booking via our website.

What is the cost involved?

The fees below apply to Medical Cannabis consultations with  Dr Nicholas Bassal and Dr Amy Gajjar:

Initial consultation- You will not be out of pocket any more than $199 with Dr Nicholas Bassal or Dr Amy Gajjar. This is for the initial phone or video consultation (this includes the time taken for the Doctor to complete the TGA SAS application on your behalf).

If you wish to benefit from nutritional supplements, in addition to the cannabis, to assist in your holistic treatment, then a follow up consultation will be required with Dr Amy Gajjar.

If you wish to gain from mindfulness-based psychotherapy, in addition to the cannabis, to assist in your holistic treatment, then a follow up consultation will be required with Dr Nicholas Bassal.

As Cannabis has been used in Traditional Chinese Medicine (TCM) for millennia, usually in conjunction with other herbs, TCM practitioners already know which Chinese herbs to use to boost the benefit of cannabis. Each case however needs to be individualised according to their TCM presentation. If that is of interest to you, then make a consultation with Tanya Newton our highly experienced TCM herbal practitioner.

In the unlikely event that your application is declined, unfortunately the initial consultation fee is not refundable

The cost of the medical Cannabis appropriate for you varies depending on the exact product recommended (CBD:THC ratio, supply company and pharmacy). The cost can vary between approximately $200-$400 monthly.

The Ancient History of Cannabis in Medicine

Cannabis is a form of herbal medicine and has been used for over 5,000 years in many parts of the world. The medical benefits of cannabis were documented by Emperor Shen-Nung in China in 2737BC. Cannabis has been considered one of the 50 fundamental herbs in Traditional Chinese Medicine and its use has been continually documented in Chinese medicine for ~1800 years. In the modern era the seeds, known in TCM as huomaren 火麻仁, are listed in the Chinese Medicine Pharmacopeia.

Surviving texts from ancient India confirm that cannabis’ psychoactive properties were recognized, and doctors used it for treating a variety of illnesses and ailments, including insomnia, headaches, gastrointestinal disorders, and pain, including during childbirth.

The Ancient Greeks used cannabis to dress wounds and sores on their horses, and in humans.

In the medieval Islamic world, Arabic physicians made use of cannabis for its diuretic, antiemetic, antiepileptic, anti-inflammatory, analgesic and antipyretic properties from the 8th to 18th centuries.

An Irish physician, William Brooke O’Shaughnessy, is credited with introducing cannabis to Western medicine. O’Shaughnessy discovered cannabis in the 1830s while living abroad in India, where he conducted numerous experiments investigating the drug’s medical utility (noting in particular its analgesic and anticonvulsant effects). He returned to England with a supply of cannabis in 1842, (Queen Victoria even used it for period pain) gradually its use spread through Europe and the United States. Cannabis was entered into the United States Pharmacopeia in 1850 and used legally until US prohibition in 1937

Cannabis began to attract renewed interest as medicine in the 1970s and 1980s, in particular due to its use by cancer and AIDS patients who reported relief the effects of chemotherapy and wasting syndrome. In 1996, California became the first U.S. state to legalize medical cannabis in defiance of federal law. In 2001, Canada became the first country to adopt a system regulating the medical use of cannabis.

Our Body’s Own Cannabis

In 1992 it was discovered that our body produces its own cannabis like neurotransmitters and has receptors for them. (similar to the discovery of our natural endorphins). So, it was named the endo cannabinoid system (ECS).

Most of the receptors are CB1 receptors and located in the central nervous system (CNS) which includes the brain (cognitive functions, memory) – e.g. hypothalamus, amygdala, hippocampus, basal ganglia, cerebellum, cerebral cortex. And peripheral nervous system (PNS) all the nerves connected to our muscles and organs.

CB2 receptors are in the immune system and gut (immune function, pain and inflammation).

CBD and THC are chemically similar to our own naturally produced cannabinoids- hence they can interact with our CB1 and CB2 receptors. 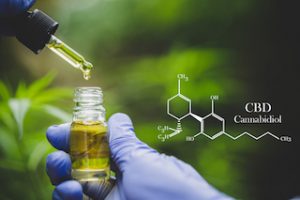 Many people are familiar with two of the well-known chemicals found in medicinal cannabis- CBD (cannabidiol) and THC (delta 9 tetrahydrocannabinol).

Cannabinoids can be classified into three categories:

The cannabis plant has over 500 chemicals which can be grouped as cannabinoids, terpenes and flavonoids.  There are approx. 140 cannabinoids of which CBD and THC are the most well-known and researched. However, the terpenes and flavonoids have their own beneficial actions and also work synergistically with the cannabinoids- this is known as the entourage effect. Which is why we prefer whole plant extract.  The main variety of the cannabis plant is Cannabis sativa. Hemp is a strain of Cannabis sativa and has been bred to have lower concentrations of THC and higher concentrations of cannabidiol (CBD), which decreases or eliminates its psychoactive effects.  Hemp has been used for centuries for its fibre for making cloth, paper and ropes. Marijuana the other strain of Cannabis sativa which has been bred to have higher concentrations of THC and is the strain commonly used recreationally.

Medicinal uses of CBD and THC

CBD – this is the non-psychoactive component that has many beneficial properties including:

CBD is thought to inhibit the enzyme that breaks down anandamide (one of the two natural cannabinoids in the body) and stimulates the production of 2-AG (the second naturally occurring cannabinoid).

THC – produces the psychoactive effects (“high”) that cannabis is known for. However, it also has many other benefits including:

THC binds to CB1 receptors in the central and peripheral nervous system whereas CBD binds very weakly to CB1. It has been found that when THC is combined with CBD, this helps to reduce the THC’s psychoactive side effects. Phyto cannabinoids can also bind to other receptor sites apart from CBD 1 and 2. e.g. CBD is an agonist (enhancer) for the serotonin receptor.

CBD and THC can be used alone on in various formulations depending on individual circumstances and medical conditions.

Which medical conditions is Medical Cannabis (CBD) useful for?

Who cannot use Cannabis (CBD)?

CBM is generally contraindicated in:

Caution is required in:

What are the side effects of Cannabis?

The most common side effects are dry mouth, dizziness, disorientation, confusion, drowsiness, fatigue and anxiety.

These effects are dose related and completely reversable.

That’s why we use the principle of “start low and go slow”.  Each patient will be started at an low dose, with any dose changes done gradually and closely monitored especially in the initial phase. Once on a stable dose, the frequency of follow up visits can be less frequent. The aim is to be on a dose that provides maximum benefit with minimal side effects. Each patient will be different.

The oil is the most commonly used method for administering medical cannabis. The whole plant extract is mixed with a food grade oil (e.g. olive, canola). A dropper is used to place the oil under the tongue, it is absorbed within a minute.

Taste is generally not an issue. Capsules containing the oil are also available.

There are other methods like using a vaporiser or inhalation and creams/patches, but these are not currently approved in Australia.

When taken as an oil (most common form of medical cannabis) under the tongue, and not swallowed, Cannabis is absorbed directly into the blood stream and has medium bioavailability. The effects can be felt in 30min to 90min and last about 4-8 hrs.

When Cannabis (CBD) is ingested, (added to food) it goes through the digestive tract, has lower bioavailability and is slower to act. Effects can be felt in 30min to 2 hours and last 3-6 hours.

By contrast smoking ‘community acquired’ cannabis (not recommended) provides high bioavailability and acts within a few minutes with a duration of 3 to 4 hours. The dose delivered by smoking is highly variable depending on the strain, potency of the plant, how it has been grown and dried. Generally smoking can deliver a dose of about 250mg to 1000mg of THC this of course hinges on initial quantity and how many people are sharing.

CBD is less likely to impair driving than THC; however, there can still be very small amounts of THC in a CBD only product. So, until Mobile Drug Testing legislation allows for minimal levels of medicinal THC (like alcohol), it is not advised to drive even though your driving may not impaired.

If you want to find out if cannabis might help you, please call 02 9211 3811 for an appointment with

FERTILITY MASSAGE – WHAT IS IT ALL ABOUT?