Holistic Health Blog
You are here: Home1 / General Practice2 / “What does this nausea in my stomach and tightness in my chest mean? ”... 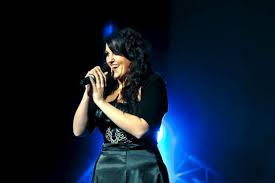 Chest tightness can stop a person from breathing deeply

Michelle* was in her late 40’s when she first came to the Wholistic Medical Centre. For the previous five years she had an upset stomach, felt nauseous every day, had some bloating after meals with bouts of diarrhoea alternating with constipation. She had been advised to reduce grains, dairy products, sugar and caffeine. She followed that advice and lost 11.5 kilos. The abdominal discomfort reduced a little but did not disappear.
In the previous few months Michelle also noticed a discomfort in her chest. It was so tight that it stopped her from breathing deeply and even prevented her singing. Given that she was a singer, this had become quite a serious limitation. Further medical investigations revealed no abnormalities in her digestive or respiratory systems.

Michelle felt that she couldn’t do anymore with her diet or medication and she suspected that there might be an underlying emotional problem that was behind all her symptoms. She chose to work with a mindfulness based psychotherapy approach.

During her first session, she was guided to study her experience of tightness in the chest/throat and tightness in her abdomen. As she did this, in mindfulness, it became apparent that she had felt exactly the same feeling many times before. It felt like a strong fear. When asked to trace her earliest memory of that, she vividly remembered that at 13 she was made to sing at family functions and experienced ridicule from her cousins. In order to cope, she remembers tightening up her diaphragm and ignoring her feelings of shame and fear.
She was directed to imagine going to help her 13 year-old self: to appear in the family room and to go to her 13 year-old self in a kind and comforting way; to let her know she doesn’t have to sing if she doesn’t want to and to tell her cousins to sing themselves or to be quiet. Staying with that imagined new scene gradually produced a relaxation of the throat and abdominal contractions.

Those muscles relaxed all by themselves, as a new possibility was introduced: ‘I don’t have to go along with my family’.
Subsequent sessions revealed that feelings of fear were constant during her early home life. Sometimes after school, she would stay in the driveway outside her house, too afraid to go inside, because she did not know what she would walk into. Her father could be drunk and yelling abuse. Her mother could be either withdrawn or panic stricken.
Since her childhood she had learnt to ignore her fear and tighten her body in order not to feel it and keep going.

Over the next 5 sessions Michelle was able to go towards her ‘exiled’ feelings – they were allowed to come into her awareness and she was able to take care of them in a soothing way.
An important realisation was that she was so used to being fearful that she had concluded an existential belief of ‘I fear therefore I am’. In fact not feeling full of fear felt strange and empty, even though feeling free of fear was what she was seeking.
Once Michelle began noticing that belief in action she slowly began ‘digesting’ a new possibility of ‘I can live without fear’. This did feel strange and took some getting used to, especially as the fear would bounce back by itself. She would have to feel it and let it pass over and over again. Over 3-4 weeks the previous habitual states of fear and physical contractions gradually lessened, the abdominal tension stopped and her singing voice gradually found an open channel.
A new way of being in the world was now becoming a real possibility!

Discussion
The notion that feelings are ‘exiled’ from day-to-day awareness is fascinating. Our nervous system learns to actually shut out the unpleasant experiences from our consciousness for the purpose of getting through it. When there are no other choices and no support this is a useful ability to have had at the time.
However the underlying feelings persist in the body and the conclusions that were made based on those past events continue to influence current life. Conclusions like: ‘life is scary’; ‘I’m not quite good enough’; ‘nobody is interested in what I feel’; ‘having emotions means I have a mental health problem’ and so on, place profound limitations on our lives.
The use of mindfulness in psychotherapy allows an exploration into the emotional memories without re-traumatizing and without intellectualizing. The original pain is accessed and new more soothing experiences can be introduced. These new experiences allow new conclusions which are far less limiting than the previous ones.
In this precise and gradual way Michelle released her pattern of holding tension in her abdomen, chest and throat. She felt more at ease and confident within herself and as a bonus she became less angry with her children and more loving to her partner.

*Name and details have been changed. Results obtained by one person does not mean the same  can be expected by another. Each person has different life experiences and circumstances which will influence responses.

Panic attacks and traumatic stress may be helped with mindfulness psychothe...
Scroll to top